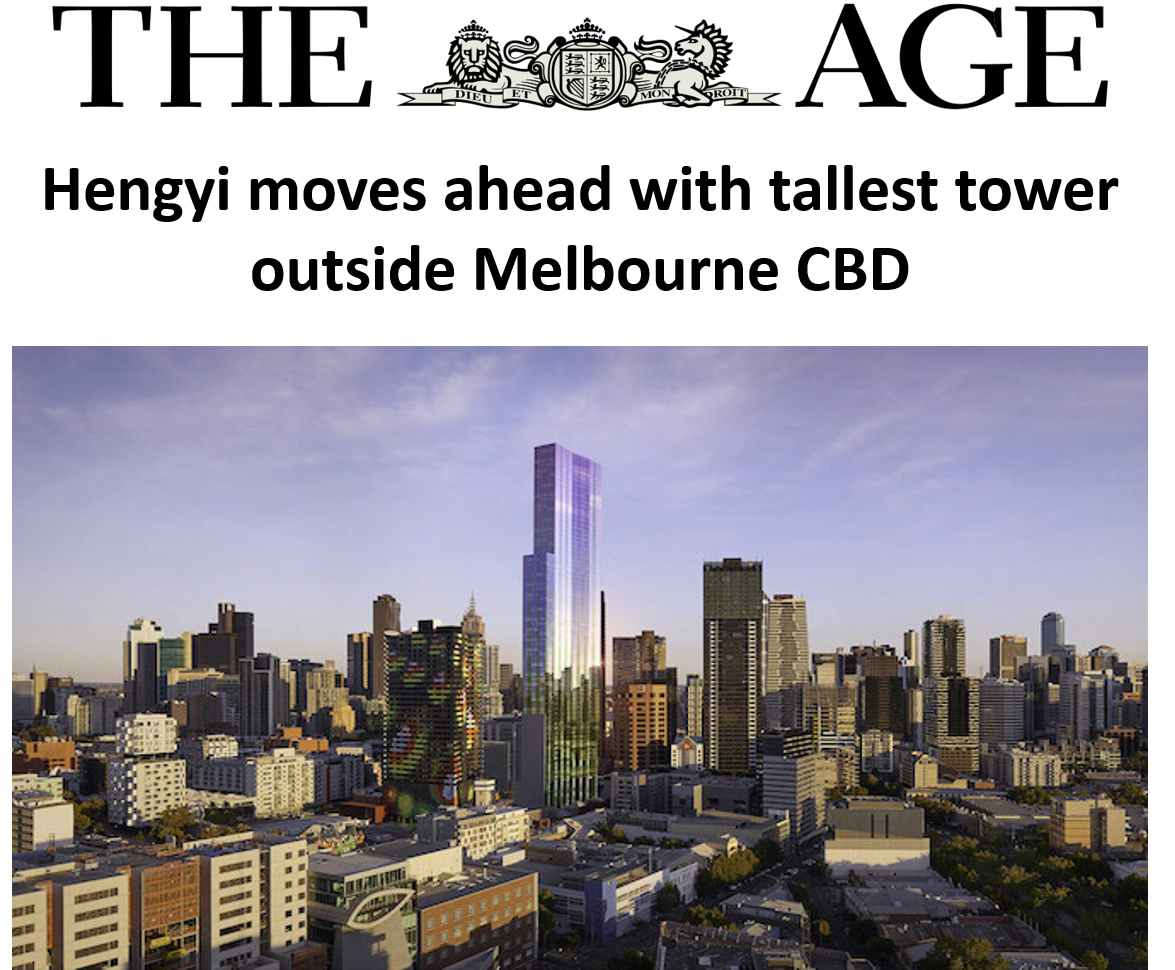 Hengyi moves ahead with tallest tower outside Melbourne CBD

China-based developer Hengyi has defied talk of a slowdown in Melbourne’s apartment market, appointing builder Multiplex after pre-selling 95 per cent of its next 70-level tower.

The developer, an affiliate of mainland Chinese player Shandong HYI, will begin construction of the city’s tallest tower outside the CBD, a 1,039-unit behemoth on the former CUB site in Carlton.

The tower called Swanston Central, on the corner of Victoria and Bouverie streets, was designed by Elenberg Fraser architects and includes 2,700 square metres of mezzanine retail space with a food and beverage offering fronting Bouverie Street.

Hengyi acquired the site in March, 2015 for $64.8 million from the Australian arm of listed Singapore developer Chip Eng Seng, who flipped the block after purchasing it a year earlier from Melbourne-based Grocon Group.

Hengyi recently moved to offload its remaining holding of eight shops and two offices in The William, a $200 million, 24-storey serviced apartment and residential complex it completed in 2015.

One of the smaller shops sold last week for $440,000 before the close of a CBRE-managed campaign.

The tower’s location in between Melbourne University and RMIT had boosted interest, he said.

Melbourne’s off-the-plan apartment market has eased from its peak amid reports of potential oversupply and fewer investors participating.

Hengyi is also developing a 50-level residential tower in Auckland.