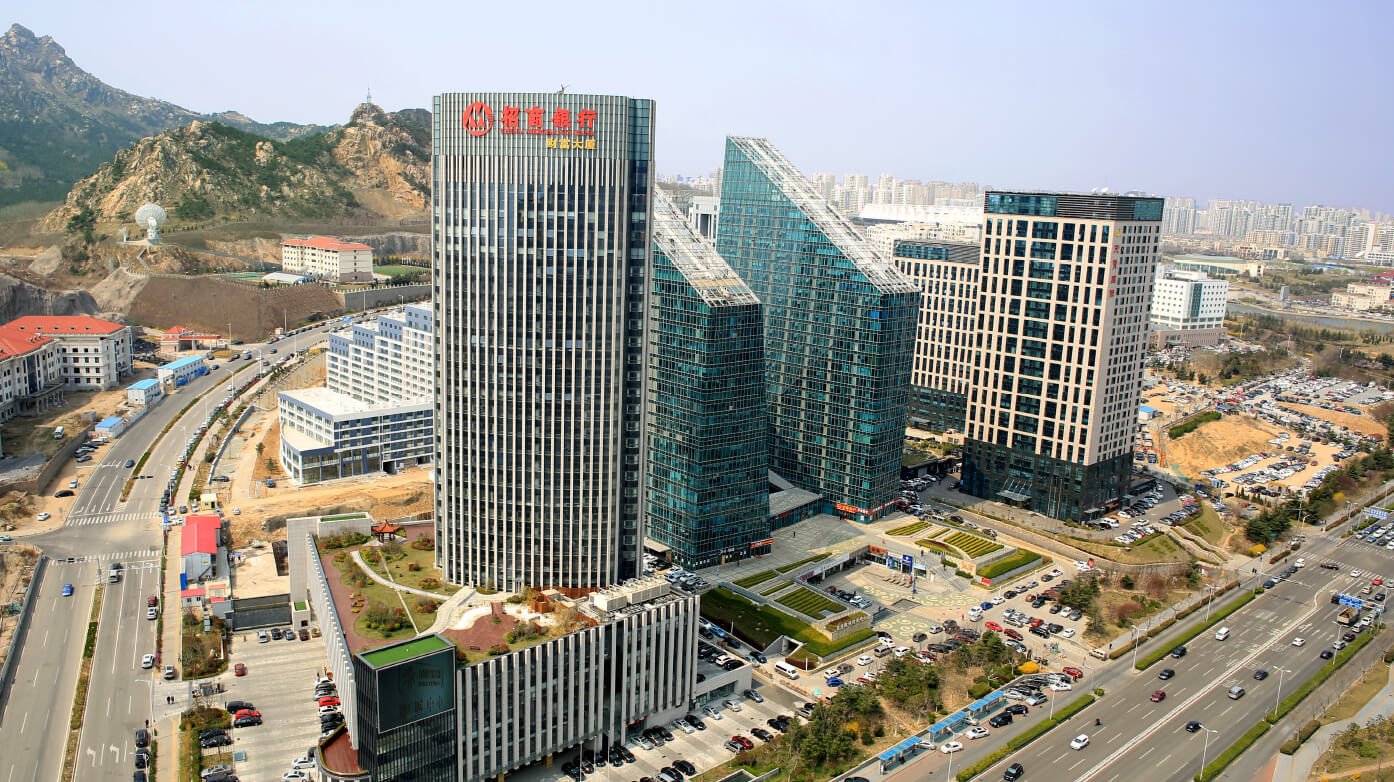 The Qingdao Lotus International Financial Centre was invested by Shandong Hengyi Investment Group after Hengyi’s residential project of Huixin Park in Qingdao. It is located at the corner of Haier Road and Miaoling Road in Laoshan District, Qingdao; close to the tourist resort of Old Stone Man Beach, and world famous Qingdao International Beer City. The geographical position is superior, offering ocean views. This project features both commercial offices and high-end residential apartments. In November 2010, China Development Bank, Qingdao Branch purchased one of the buildings to be used as their headquarters. 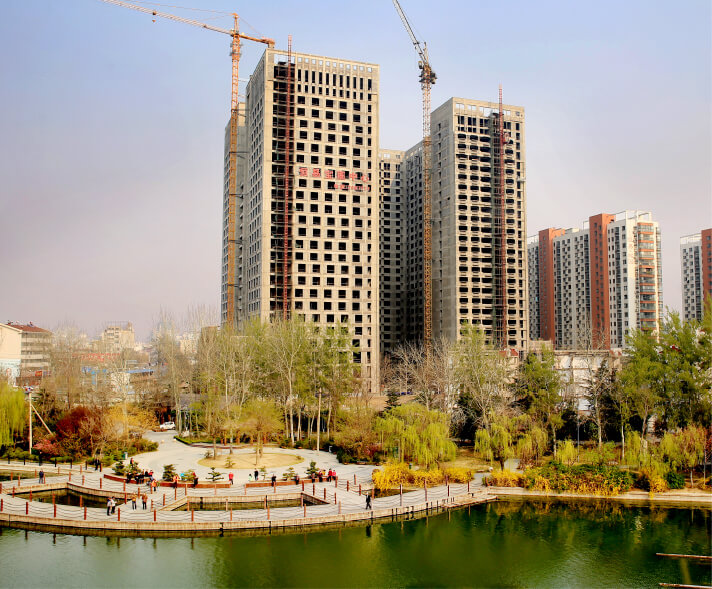 Lotus Financial Center is located at the junction of Siping Road Street and People’s Street. It is invested and developed by Hengyi, with a total area 12,000 square metres. It consists two International A-grade office buildings and a high-end Soho office suites. Hengyi Lotus Financial Centre was built to serve the local economy and as Hengyi Group’s headquarter. It is also very close to the bank precinct, including People’s Bank of China, Bank of China, China Construction Bank, Investment Bank, Minsheng Bank, Bank of Weifang and Communication Bank. Many international hotels are within walking distance. It is about five minutes’ drive from Weifang Railway Station and can be easily accessed to Weifang Airport and freeways. It is the industrial business centre for finance, research and investment.

Hengyi·Xi Park is located in the city centre, close to the bank of Bailang River, opposite of People’s Park. Xi Park offers residents with beautiful view and high-quality life style. It provides easy access to commercial, education, medical, financial and retail precincts. Hengyi·Xi Park sets on the site of 56,000 square metres, features 750 units comprising 11 buildings with a total of 110, 000 square metres. In October 2006, Hengyi Xi Park was rewarded for a Gold Environmental Development by Chinese Architectural Planning and Design Review Board and became one of the most high-end residential developments in Weifang. Over 400 units were occupied by residents.

In 2003, Shandong Hengyi Investment Group invested and developed Changyi Liyang Plaza. It has a total area of 20,000 square metres and has been operated by Changyi Quanfuyuan Business Co Limited since completion. It has now become a leading integrated retail centre in Weifang.

Siping Golden Street Mall is located in the most prosperous section of the city, close to Bailang River Park Tourism Centre. The street is over one kilometer long, with over 100,000 square metres’ retail spaces along its sides. There are about 100 retailers along Siping Golden Street Mall, major retailers include international restaurants, KTV and entertainment clubs. The street mall is fully tenanted and has become the most popular and vibrant precinct in Weifang.

Weifang Xinghe Internnational City was invested and developed by Shandong Hengyi Investment Group. It has a total area of 300,000 square metres and has attracted over 1,000 retailers locally and national wide. The annual transaction value at Xinghe International Textile City is around 20 billion RMB, it is ranked as the largest A-grade wholesale textile market in China and rewarded as one of the top ten National Textile Markets in China. The Textile City benefits from its central location in Shandong Province – a province with prosperous textile industry, its business has penetrated into eastern, northeastern and greater regions in China as well as Japan, Korea, Europe and U.S.

Hengyi Huixin Park was developed by the subsidiary of Shandong Hengyi Investment Group – Qingdao Dalu Jiayuan Property Development Limited. It is located at 22 Liaoyang Road, Laoshan District, within the prime location of eastern district, close to the main street of Haier Road. It is about 2,500 metres away from Old Stone Man Beach. The site is 18,309 square metres, it features 498 units with a total area of 64,017 square metres. The buildings are 18 – 20 levels high, with internal areas ranging from 66 to 140 square metres. This development was rewarded as Energy Saving Project of the Year in 2011 in Laoshan District. All apartments had settled in June 2012.

Culture and communities are the foundation of the development of any company. Hengyi has invested heavily to build Shandong Qilu Culture Antique City.

Weifang Qilu Cultural City is located in downtown, close to the bus terminal of the city, with World Kite Museum to its north, Weifang Creative Industry Park to its south. It is a large-scale market for professional mahogany furniture, antique paintings and calligraphy, jade porcelain art in Shandong Province. It is the provincial leader in the industry. It has become an influential centre of research, exchange, valuation and trading for antiques in Qilu Culture.